"Cameron is one of the world famous Ten Tenors, and a Kiwi, while Tizane is well known in Opera circles. Both are largely unheralded stars, who are doing great things with Opera and performance. I have known Cam for a while, and when he came to me with his concept for publicity shots for a new show, I knew it was right down our alley, and would be a perfect fit for both our style of photography, and our Wellington Studio.

Creative Portfolio Photography is one of our strengths, and we had fun doing it!

Cam, Tizane and I were totally in sync: We nailed a large shot list impressively, at pace, and to their creative brief. 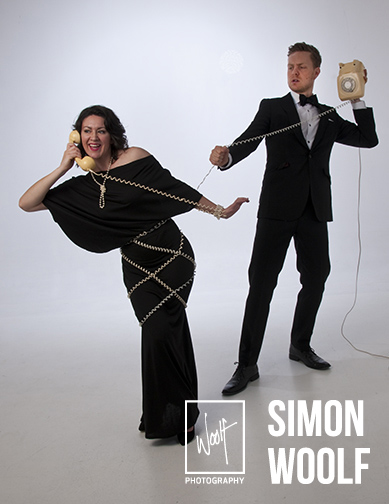 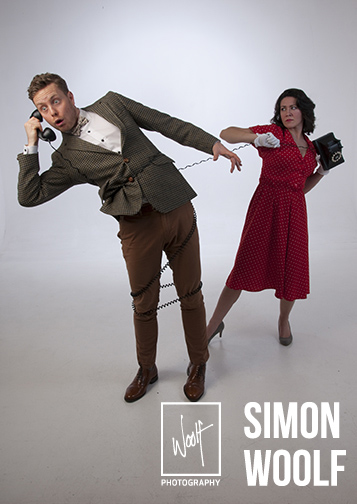 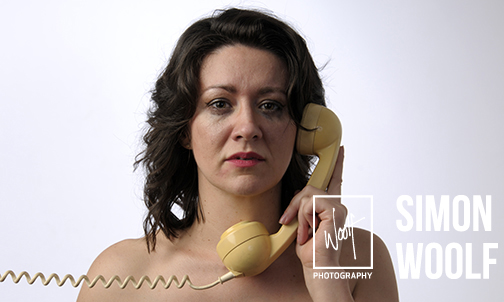 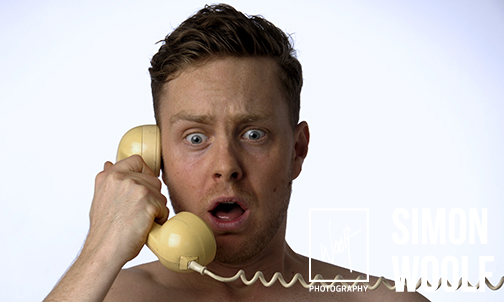 This is what Cam had to say about the photo shoot and their up-coming shows:

"So basically, what we're going to put on is a double bill. There is a short opera called "The Telephone" by Giancarlo Menotti (who is an Italian-born American composer). It is a comedy and it is set in the mid 20th Century... hence the outfits and all the telephone-cord antics! It is about a young couple and on the particular day it is set, the young man is attempting to ask the young lady to marry him. However, she continually interrupts him by talking on the telephone. He eventually becomes so exasperated that he leaves, so that he can call her and finally he asks her over the phone to marry him. This lasts about 30 min or so.

Then for the second half we are going to present a cabaret-style style show. This will be set in modern times and will be a bit more dark and emotional.

We will not be pushing the publicity until the end of the year. We aim to open [our show] here in Wellington for the Fringe Festival and then tour around the country in March [next year].

Anyhow, I think that about sums everything up.

Thanks again so much for letting us run amok in your studio on Saturday! "